Posted on 5 June, 2020 by sgaillard
in: Categories: News, Blog and Podcast. 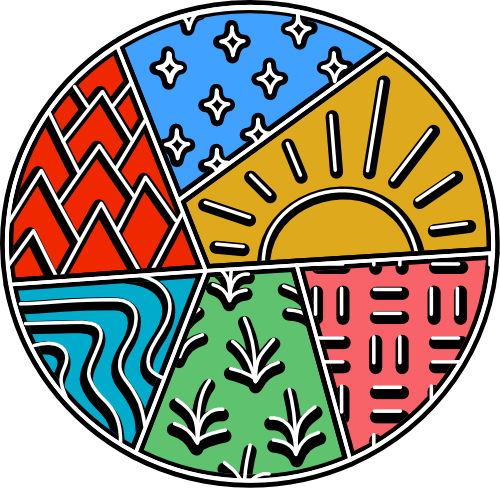 By Stefan Gaillard, OSCU member and founder of the Journal of Trial and Error.

The Open Publishing Fest 2020 (I am including the year because I hope there will be future iterations) was the first fully digital conference that I attended, both as a speaker and as a participant. The Open Publishing Fest was marketed as ‘a decentralized public event that brings together communities supporting open source software, open content, and open publishing models’. Adam Hyde of the Collaborative Knowledge Foundation came up with the concept and organised it together with Dan Rudmann of Punctum Books.

Because of to my own background, I was mostly interested in talks relating to normative questions (what publishers should do, whether scientists have a moral obligation to make books publicly available, et cetera) and relating to blockchain applications for publishing. The first talk I attended was on Is blockchain living up to the hype?, with our very own Jeroen Bosman as one of the speakers. The other panelists were Gemma Milne, Abbey Titcomb, and Antonio Tenorio. All seemed to agree on one thing: so far, blockchain is not living up to the hype. The main problem seems to be that many startups are actively looking for problems with the solution (blockchain) already in their minds, instead of approaching each problem with an open mind and finding the best solution to it on a case-by-case basis. The consequences of this unfruitful approach spoke for themselves: according to Jeroen, more than 75% of the blockchain publishing startups that he followed had become inactive after about a year.

One of the panels I was on concerned Setting up your own scientific publishing platform, with our very own Jeroen Sondervan. Also on the panel were Gabriele Marinello of Qeios Publishing and professor Jean-Sébastien Caux of SciPost. Here, we spoke about the difficulties of building an infrastructure with limited resources (both human and monetary), the relationship between publishing platforms and existing rewards and incentives structures, and much more. For the Journal of Trial and Error, we struggled a lot with these difficulties. In the beginning, many people were hesitant to publish their failure, because they were afraid it would have negative consequences for them during hiring procedures. In other words, the (perceived) rewards and incentives structure prevented honesty about the scientific process. With the aim of making the reward structure more insightful, we have started publishing rejected grant applications.

The Fest alternated between academic discussions and performances, like the multiple CO-VID GURLS performances. The performing artist, Paula Wooh, is professionally trained as a dancer and choreographer. These streams were a welcome addition to the program, providing an escape from the daily routine of working from home and truly being ‘somewhere else’. The Fest in general did a great job of recreating the atmosphere and opportunities that physical conferences provide. Besides the talks and performances, there was an opportunity to network – always a significant aspect of traditional conferences. If you posted your name, social media handles, and research interests on a special page, visitors could find researchers interested in similar topics and connect with them via mail, Twitter, or any other digital communication tool they prefer.

Although I, of course, hope that physical conferences will come back in the future, digital conferences do make for an excellent supplement.

All in all, the Fest was a great experience. Although I, of course, hope that physical conferences will come back in the future, digital conferences do make for an excellent supplement. Especially with cafes with workspaces opening up again, I can readily imagine myself leaning backward in a nice comfy chair, with my headset on and a glass of iced tea in my hand, listening to the latest of the latest in Open Science.

Thank your for reading this blog entry. If you want to stay updated, do keep an eye on this website, the Open Science Community Utrecht newsletter and follow us on Twitter.